Originating in medieval stables, the Château du Rivau stables were completely re-modelled in the 16th century. As Pascal Lievaux says in his remarkable work ‘The Stables of the French Chateaux’ (published by Patrimoine, 2005).

Meant to represent a jewel case for the castle, the royal stables were the chief ornament at the entrance of the estate, and housed horses belonging to the King and his squire Pierre de Beauvau, the owner of Château du Rivau. A similar building to the current stables was also to have been built, but the project never actually came to fruition.

The history of these exceptional horse stables

In 1429 Joan of Arc came to Château du Rivau to fetch horses for her campaigns against the English. At that time, war horses were already being bred at the château, the castle stables being where the current outbuildings stand.’

During the Renaissance period, François de Beauvau, the King’s chief squire, decided to build horse stables – most probably in wood – on the same site where they had existed at the time of the Hundred Years’ War. However, François de Beauvau died in 1524, alongside Bayard, during the battle of Romagne. Around 1550 his heir, Gabriel de Beauvau, took the bold step of building innovative horse stables, whose plans were directly inspired by the Italian architecture seen by knights during their war campaigns for the King.

Until then the castle’s stables were only meant to be functional and had no ornaments whatsoever. One of Château du Rivau’s main idiosyncrasies lies in the fact that for the first time in the history of equestrian architecture, stables were designed by an architect who developed a pioneering style, seeking to ally form, functionality and beauty. 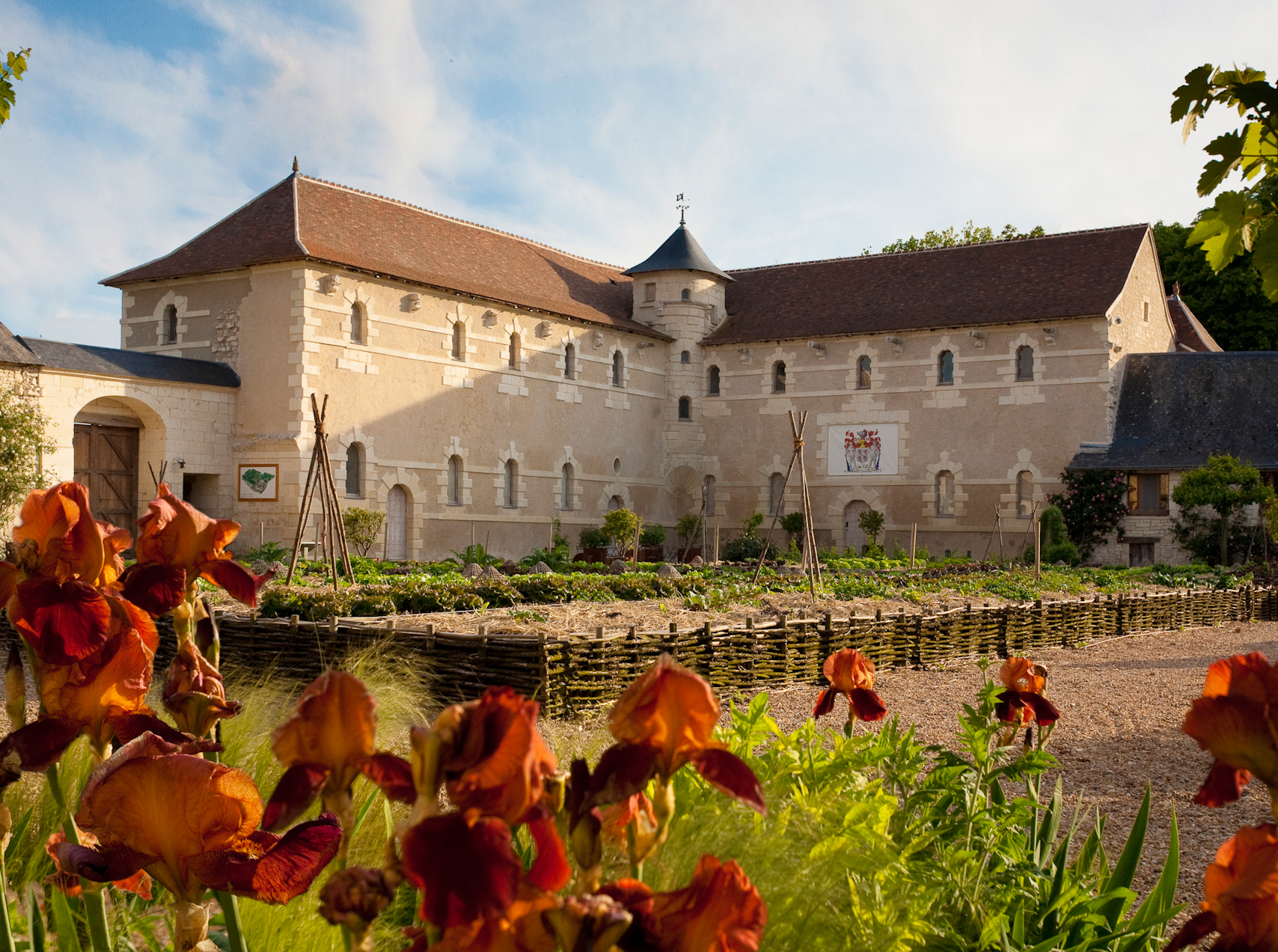 A unique blend of Renaissance and Medieval castle architecture…

Château du Rivau stands out among Loire Valley châteaux, being one of the few to combine rough and authentic medieval castle architecturewith the refined ornamentation of a castle owned by powerful medieval lords who were close to the King of France. Château du Rivau is based upon a square design with round towers at each angle and dry moats dug into freestone. This design, typical of 14th centurymedieval castle architecture<, was considerably redesigned through the 15th and 16th centuries, thus adding many features of renaissance architecture to the buildings.

Two round towers protect the entrance of the castle and feature a stone slope at the base of each tower, to help reinforce the structure and protect them against armed attacks which could have breached the castle. Higher up the towers are numerous narrow slits through which archers could shoot, positioned to enable shots from all angles. By the end of the 13th century, medieval castle architecture favoured round towers over square ones, the former being more resilient and offering greater defensive characteristics. Crossing the drawbridge leads to a closed paved courtyard, the former living quarters, originally comprising four distinct parts. The fourth of these was destroyed during the 16th century and is now a planted checkerboard. During the 19th century, a chapel which stood on the far south side of the building was also destroyed.

Horses were at the centre of the lives of lords during medieval times. Therefore the scenography which has been created for the Rivau’s stables re-enacts the rich equestrian past of the castle and the pivotal importance of war horses for the Kings of France. 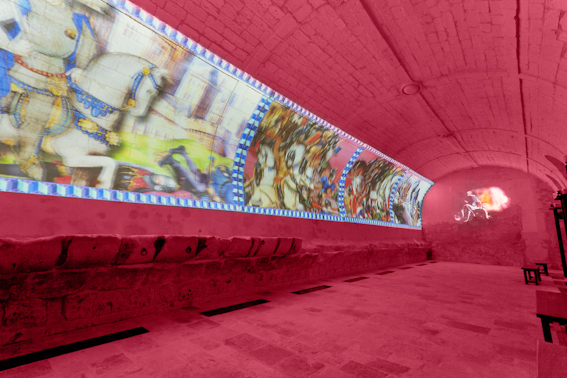 Audiovisual show in the Royal Stables