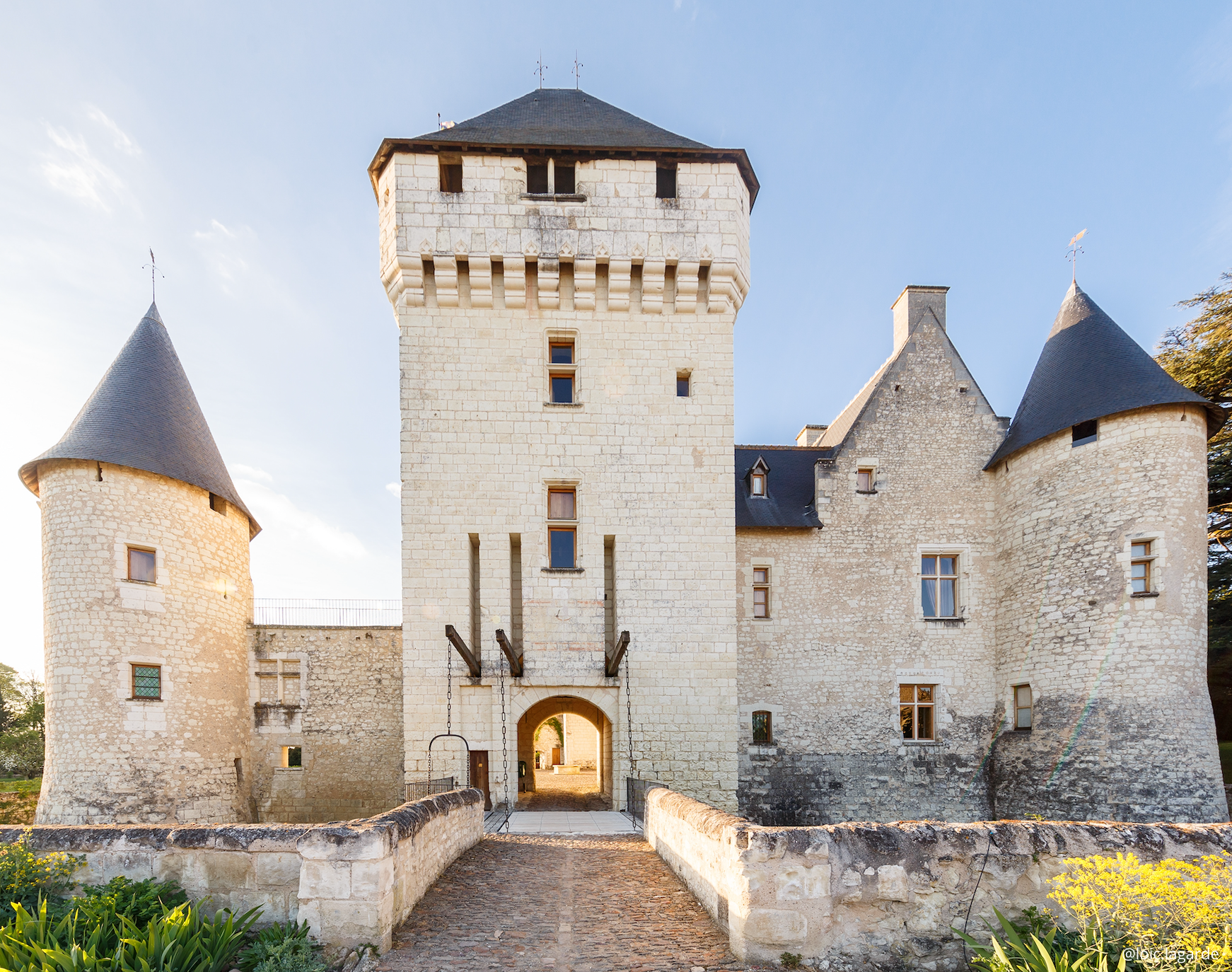 A unique blend of Renaissance and Medieval castle architecture…

Two round towers protect the entrance of the castle and feature a stone slope at the base of each tower, to help reinforce the structure and protect them against armed attacks which could have breached the castle. Higher up the towers are numerous narrow slits through which archers could shoot, positioned to enable shots from all angles. By the end of the 13th century, medieval castle architecture favoured round towers over square ones, the former being more resilient and offering greater defensive characteristics.
Crossing the drawbridge leads to a closed paved courtyard, the former living quarters, originally comprising four distinct parts. The fourth of these was destroyed during the 16th century and is now a planted checkerboard. During the 19th century, a chapel which stood on the far south side of the building was also destroyed. 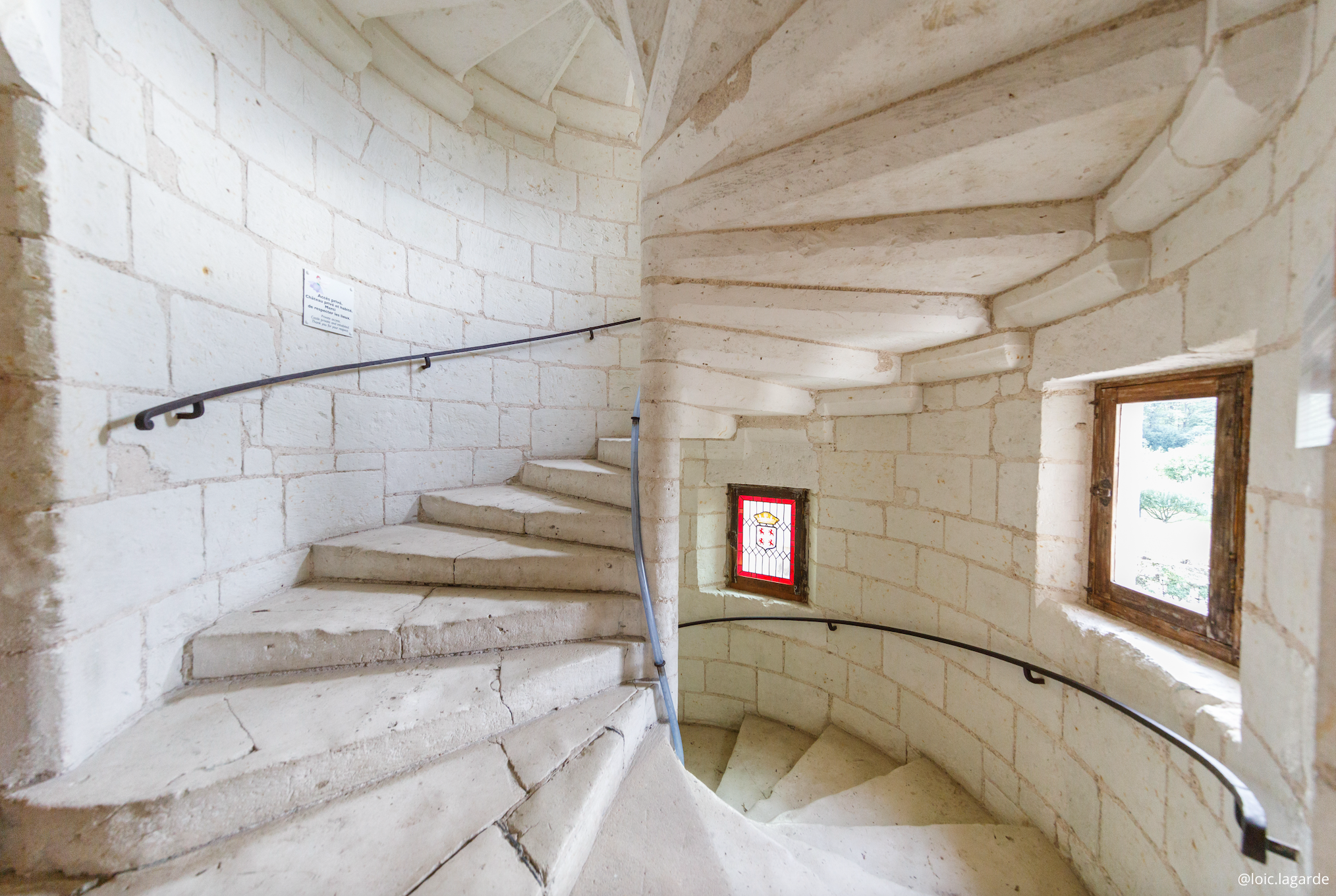